Hi, my name is William Yank and I am a 23-year-old, three-time leukemia survivor from Indiana. My story begins at the end of my junior year of college. I had just secured an internship in Washington D.C and was excited to finally spend a summer on my own. The summer started off pretty rough. I struggled to find affordable housing in D.C, I had no idea how the transportation system worked, and food was twice as expensive as compared to Indiana. Not to mention, I was only 20-years-old having fun was next to impossible. Regardless, I slowly figured it out, found a place to live, found some friends I could hang out with, and affordable groceries.

About halfway through the summer I was to turn 21-years-old. My best friend Zach came to D.C from Indiana to celebrate with me the week before my actual birthday. He noticed I was off mentally and emotionally. He told me he felt like my energy was super low. In addition, I had been having weird pains in my hands and fingers that I cracked up to be early onset arthritis. Being as healthy as I was at the time, I couldn’t understand how I could even be remotely ill. Anyways, Zach leaves and I come down with a sore throat the next weekend. I felt awful. My throat had never been more swollen so I went to an urgent care to hopefully find some relief. However, in the urgent care I was told I have MONO. They told me I should be fine, I just need to rest and recover.

So, for the next 4-5 days that was exactly what I did, thinking nothing of it. Until one night, I walked into the kitchen of the apartment I was staying in and my roommate tried talking to me. In a delirious state I responded to him, to which he demanded we go to the ER immediately. We got in his car, and headed to Cibley Hospital in Washington, D.C. From there, they ran tests and found out I had leukemia and a horrible STAPH infection. At this point, I was in and out of consciousness. I do not remember much of the following events, this is what I have been told. I was diagnosed with not only acute lymphoblastic leukemia (ALL), but septic shock due to the STAPH infection, acute organ dysfunction, acute kidney injury, coagulopathy, cardiomyopathy, and amaurosis fugax in both eyes. In short, I was dying. My body was shutting down.

The STAPH infection was eating my tissue from the inside out, leaving me with harsh scars today. Cibley immediately took me to John’s Hopkins in Baltimore, Maryland. The date now is June 21-22, 2018. The doctors warned my parents that I may not make it, because the infection had spread throughout my entire body. But, I slowly recovered in the hospital as the Hopkins team was able to save my life. Through rigorous amounts of physical therapy, chemo, pain medication, and sheer will I was able to leave in mid-August a month and a half later.

As I returned home chemo treatment continued. However, it was not quite getting the job done. So that December I was asked to return to try CAR-T cell immunotherapy. A super new and cutting-edge treatment where they genetically modify your T-Cells to attack and kill the leukemia. After another month hospitalization, I successfully came into my first remission. For 6 months I was cancer free and living my life to the fullest. I applied to school again, got my real estate brokers license, was going out with friends, and all around just having a blast. However, my six-month scans came quickly and they found that the cancer was back. So, we shipped my mom and myself back out to Baltimore for another month stay at Hopkins receiving a second dose of CAR-T cells.

I returned home the next month back in remission. I started my senior year of college excited and ready to put cancer behind me. However, after only two months I received my 3-month scans and the cancer was back… AGAIN. So, my oncologist decided it was time to do a bone marrow or stem cell transplant. But, in order for me to receive the transplant I had to drastically reduce the leukemia in my body again to remission like levels.

For the next four months, we tried treatment after treatment to get me back into remission. We kept coming close but not close enough. Until we tried another immunotherapy, Inotuzumab. This got me into remission and we immediately began the stem cell transplant process. We had already found and decided that my older sister Caroline would be my donor as a 50% match. The stem cell transplant went relatively “smoothly.” My sister donated, I received the cells, then went into a world of high fevers, headaches, C-DIF, and a number of other side effects. After I got through those bumps they finally let me out around day +25 post-transplant.

We stayed at a place called the Ulman House that gives young adult cancer patients housing in Baltimore. They had helped us out through most of my treatment after they opened in January 2019. I went home on a heart monitor and thought finally all would be good until my mom got a call the next day. My heart, while sleeping, was stopping for 4-5 second periods at a time. We were told to head immediately to the ER to which we found out I had a third-degree AV block in my heart from the post-transplant medication. Days later I was in surgery receiving a tiny device called a MICRA Pacemaker which has become my best friend and paces my heart when I need it. Finally, after more testing and MRI’s I got out of the hospital and have been slowly recovering since.

As you are reading this, I am in the deepest remission I have ever been in and almost nine months cancer free. I patiently await hitting that one-year mark. Thank you. Now I spend my days advocating for other patients through a podcast I created and co-host called The Illest. Cancer Podcast. I also spend time making Tik Toks for the cancer/chronically ill community. 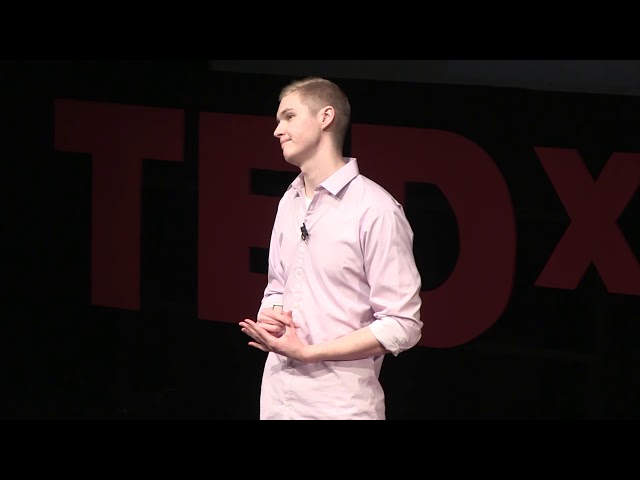