During the last week of July 2019, Louise, then-two-and-a-half-year-old, developed unusual red dots on her chest and some gnarly, yet explainable, bruises all over her body. We chalked the rash up to wearing an unwashed shirt and the bruises to being an extremely active two-year-old. Then, after her gums bled one afternoon, we hopped on Google and became increasingly concerned with the search results. However, Louise wasn’t acting “sick,” so her parents ignored Dr. Google’s diagnosis.

On the morning of August 5, 2009, Louise and her little sister, Caroline, were all set to start a new year of daycare. To calm Dr. Google’s worries, their mom, Maggie dropped Caroline off at school, but took Louise to her pediatrician to check her rash. To Maggie’s surprise, the pediatrician seemed concerned and immediately ordered blood work. Maggie and Louise headed to Vanderbilt Children’s Hospital as Pierce raced back from court.

After leaving Vanderbilt, Louise happily ate donuts as we anxiously awaited the results. Soon, the pediatrician called and said the four words every parent dreads “Your child has cancer”. They returned to Vanderbilt Hospital for additional testing that morning and received Louise’s official diagnosis.

By the afternoon, Louise had a treatment plan for the next two-plus years of Louise’s cancer journey. She had a port-a-cath surgically placed in her chest the next morning and began chemotherapy treatment. Her family then spent the next month in the hospital. During that time, thier heads swirled with the unanswered questions, loneliness, darkness, and fear associated with a cancer diagnosis.

Maggie reached out to a colleague, who is a two-time lymphoma survivor, for advice. He recommended that they reach out to the local office of LLS.

“By the end of the week, a representative from LLS was in our hospital room offering hugs, kind words, advice, and information about everything from co-pay assistance to LLS events, including Light The Night,” said Maggie. “LLS became a source of hope for our family. LLS has funded vital research that saved our daughter. A few decades ago, odds of Louise’s survival would have been slim. But, through research and treatment funded by LLS, ALL is now well-researched, relatively easily diagnosed, and has a comprehensive treatment plan”.

Louise is now in remission from ALL because of these efforts. She is in long-term maintenance treatment until October, 2021 as long as she continues to respond well to her treatment.

“LLS has also provided families, like ours, with access to a community which eases the loneliness and darkness of a cancer diagnosis. While still in the hospital we formed a Light The Night team, Weez’s Warriors, and the support, and hope poured in,” said Maggie.

“On November 5, 2019, we attended our first Light The Night event. The walk itself was so inspiring and full of laughter, tears, fireworks, princesses, and most importantly, hope,” Maggie emphasized. “It gave us a greater sense of purpose and inspiration for Louise’s fight. We have continued to be involved with Light The Night, and in 2020, Louise was an LLS Honored Hero. Our Light The Night team raised nearly $120,000.00, and we are so lucky to have LLS in our corner!” 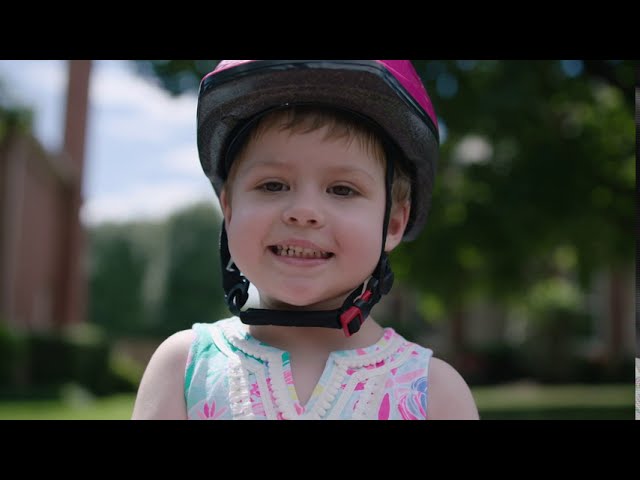